Evolution Of Yoga From Then To Now

Yoga is a one-of-its-kind discipline of life that profoundly influences developing a healthy and balanced state of mind, the body, and the soul. The evolution of Yoga dates back to the era of the Indus Valley civilization, nearly 5000 years ago (as of 2021). In the olden days, people practiced Yoga to remain physically fit and lead a superior quality of life. In the olden days, Yoga was looked upon as a holistic form of living that encompasses techniques to improve one’s mind, body, and soul.

Hindus and Buddhists have adapted a disciplined Yogic lifestyle since the inception of Yoga. Yoga finds are mentioned in several Hindu and Buddhist scriptures. Several scholars who lived in the bygone era explored the depths of Yoga and studied its principles. They shared the knowledge with the masses and encouraged them to embrace Yoga.

Yoga, as we know it today, is very different from its traditional practices. Historians and scholars spent considerable time researching the evolution of Yoga in five distinct periods. Let us see how the concept and ideas of Yoga have changed through the ages.

Development Of Yoga Through Various Eras 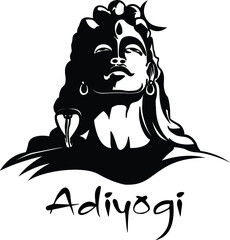 The pre-Vedic era dates back to 3000 B.C approximately. Archeological excavations have revealed several fossils, figurines, and seals depicting various asanas and techniques of pranayama and dhyana. The archeological findings were backed by theories that noted historians put forth on the evolution of Yoga.

Legend has it that Lord Shiva took the form of Adiyogi or the first Yoga Guru. He shared detailed knowledge of Yoga with the seven great sages (Saptarishi) of the time, at the banks of lake Kantisarovar. The Saptarishi, in turn, traveled the world to share the newly received knowledge on Yoga with others. Several excavation sites along the former Indus valley civilization support the alleged legend of Lord Shiva being the Adiyogi.

The endeavor of the Saptarishi helped to inculcate Yoga into the day-to-day lives and culture in several societies. Due to this, one can draw parallels between various cultures prevalent all across the globe during the pre-Vedic era.

There is an ancient form of pure Yoga or primordial Yoga that was mystical in origin and was prevalent in southern Asia during the pre-Vedic era. Remnants in the forms of seals and paintings that date back to the pre-Vedic era also prove the existence of Tantra Yoga. Tantra Yoga was known for its connection with the spiritual realm and its techniques to help people progress on their spiritual journey. 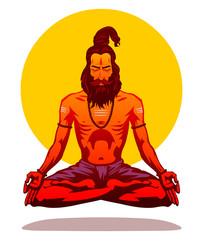 Various documents and texts related to Yoga have come to light during the study of its timeline. These texts belong to the era when the Vedas were scripted. The Vedas are sacred texts written in the Sanskrit language and are held in great regard among followers of the Hindu religion. A great sage of the era Maharishi Vyasa also known as Veda Vyasa, is credited with the compilation of the four Vedas. The books are written in the Sanskrit language and describe the ethics and principles for leading a righteous life. There are four Vedas viz. Rigveda, Yajureda, Samveda and Atharva Veda, with Rigveda being the oldest. Rigveda is also the first known text to contain information on Yoga.

The four Vedas explain the various philosophies that one must study to lead a healthy and ideal lifestyle. The Vedas have laid the foundation for the basic ideology of Hinduism. The Vedas also contain details of religious rituals, hymns, and devotional chants that paved the way towards spiritual cleansing and progress on the path of self-realization. The principles of Yoga are very close to the philosophy that the Vedas preach.

The Vedas depict Yoga as a means to balance mental, physical, and spiritual health. Resorting to rituals and religious practices to attain spiritual enlightenment was common practice during the Vedic area. The era also saw a rise in awareness of Yoga’s role in one’s spiritual journey. Historians have dated the Vedic age in the history of Yoga to be between 3000-4000 B.C. 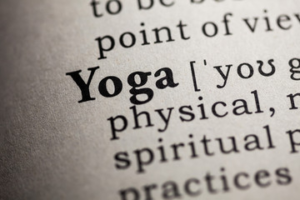 The Vedas are among the first religious scriptures to expound the religious and spiritual purposes behind the practice of Yoga. Following the Vedas were the Upanishads that are a compilation of Sanskrit language texts focusing on the submission to the absolute power that is the Universe. The era from 3000-4000 B.C when the Upanishads were compiled

Many impactful Sanskrit language scriptures like the Upanishads, the Bhagavad Gita, the  Puranas, Smritis, epics, and some Jain and Buddhist scriptures explain the benefits of Yoga. The Bhagavad Gita provides the most elaborate and comprehensive explanations on the benefits of Yoga among all the other texts. The book contains detailed descriptions of Karma Yoga (related to our actions and consequences) and Dnyan Yoga (related to our knowledge).

The pre-classical era witnessed the Ramayana, which is one of the most significant Hindu epics. The relationship that Lord Hanuman shared with Lord Rama is among the central features of the saga. The devotion with which Lord Hanuman worshiped Lord Rama is a form of Bhakti Yoga (Yoga of devotion). 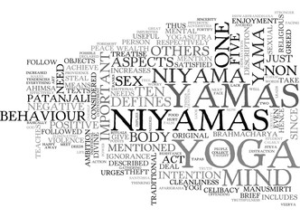 Scholars claim that the classical era lasted from 100 B.C to 500 A.D and was the most fruitful period for the development of Yogic philosophy. One of the greatest literary works one Yoga, Patanjali Yogasutra, was penned during the Classical era. Sage Patanjali describes the eight limb theory of Yoga and explains the various aspects of life that Yoga affects. People began focusing on the asanas (postures), pranayama (breathing exercises), and meditation that were an intricate part of Yoga.

People began gaining knowledge on the importance of having a healthy physique and mind to reach an elevated plane of spiritual wellbeing. 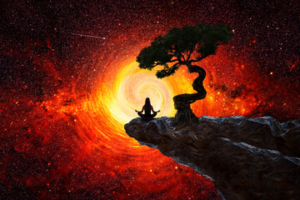 The influence of the Upanishads in cultivating the Yogic philosophy was eminent during the post-Classical era. The concept of the soul and body being two sides of the same coin gained rapid acceptance among the masses. The connection between Yoga and the state of ultimate detachment and enlightenment became more apparent during the era.

People began practicing Yoga for its comprehensive benefits and saw its positive effects on the physique and psyche.

Many schools of Yoga emerged during the post-Classical era, and they differed in their teachings. However, all the schools retained the core values and ancient teachings of Yoga. 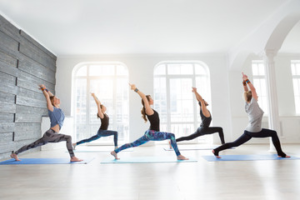 The Modern Era of Yoga is believed to be existing for the past 150 years (as of 2021). The recent past has witnessed an enormous surge in the popularity of Yoga. The teachings and values of Yoga resonate from practically every corner of the Earth. People are resorting to Yoga to escape the omnipresent stress that has become synonymous with life. Swami Kuvalayananda, Shri Aurobindo, Swami Mahesh Yogi, Yoga Guru B.K.S Iyengar, Pattabhi Jois are some revered Yoga scholars whose teachings and dedication helped Yoga to gain much-deserved fame.

The focus of the modern-day teachings of Yoga has shifted from its original holistic approach to the physical and psychological aspects. People have begun practicing Yoga for weight loss, enhanced physical stamina, and maintaining a state of mental calm. The teachings of Yoga that describe its profound effects on the spirit and soul are taking a backseat. However, Yoga Gurus and teachers are again working towards bringing to light the ancient teachings of Yoga and its holistic philosophy.

The change in the teachings of Yoga through the various eras depict a difference in the collective mentality of people as well. Yoga gurus and scholars changed the way of imparting the knowledge of Yoga depending on the psychology and needs of the masses. The evolution of Yoga also displays how it gradually became ingrained into the culture and lifestyle of people since its inception.

Centuries have passed since the evolution of Yoga was first planted. The mammoth proportions to which the popularity of Yoga has not grown shows that it is a time-tested way of leading a disciplined and balanced life. The morals and principles preached by Yoga scholars remain the same and are as valid today as they were thousands of years ago.

Ancient scriptures describe that the ultimate aim of human life is to develop detachment from the material desires of the world and unite with the cosmic Universe.

The popularity that Yoga currently enjoys has ensured a brighter future than any star shining in the Universe.

Well Known Yogis Who Shaped The Development Of Yoga
February 10, 2022

The Spiritual Side of Yoga
January 14, 2022
Search
Recent posts
Categories
Go to Top