Ancient Teachings And The Importance Of Healthy Eating Habits

You are here:
Health BenefitsHealthy Living

The 17th verse of the 6th chapter from the Bhagavad Gita preaches the importance of healthy eating habits and a balanced lifestyle. The verse further states that he who follows these practices and indulges in Yoga can nullify all sorrows and live in peace. Here is how the verse goes.

There is a profound yet subtle connection between the food we eat and the culture and ancient traditions of the region where we live. The nutritional value of food was the most crucial element in the people’s dietary habits living in the bygone era. Food was respected as the source of nourishment for the physique, mind, and spirit. 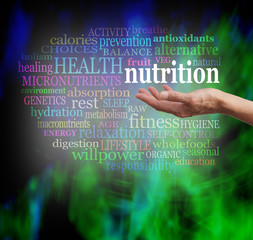 People practicing Yoga and meditation followed strict eating habits that would allow them to lead a disciplined and healthy lifestyle.

What Does Ancient Hindu Literature Say About Eating Habits?

Several Hindu scriptures, Ayurvedic literature, and books on Yoga have proven the influence one’s eating habits have on their life and development. Bhagavad Gita mentions that your food habits shape your personality, govern the course of your actions, and determine the course of your life. Lord Krisha described three types of Aahar (diet) and the personality traits matching these diets.

Satvik Ahaar comprises foods that are easy to digest, are not strong on taste buds, and are nutritious. Fruit, grains, and simple salads can be classified in the Satvik category. People who consume Satvik Aahar have a pleasing personality, a calm mind and are blessed with a healthy life. Satvik Aahar enhances longevity, reinforces the sense, and helps to develop a stable character.

Rajasik Aahar is closely associated with dynamic behavior. People resemble Rajasik’s personality, often like salty and oily food or foods with a strong taste and aroma. The Bhagavad Gita preaches that following Rajasik Aahar could cause unrest to the mind and spirit. The personality of a Rajasik person often reflects an unhappy attitude, bitterness towards others, constant agitation, and dissatisfaction.

Tamasik Aahar comprises meat, alcohol, vegetables like onions and garlic, and other foods that do more harm than good to the mind and body. Aggression, foul language, anger, and jealousy rule the Tamasik personality.

The Bhagavad Gita encourages the practice of Satvik Aahar in one’s day-to-day life while opposing the consumption of Rajasik or Tamasik foods. 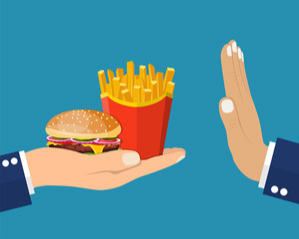 The Vedas and the Upanishads also mention the importance of a healthy diet in building and maintaining a healthy lifestyle.

Ayurveda emphasizes the importance of a healthy diet for the overall well-being of a person. Charaka, a noted Ayurvedic physician, composed the Charaka Samhita, a book explaining various aspects of Ayurvedic medicine. The book covers the topic of diet and nutrition and calls nutrition (Aahar) one of the pillars that support good health. Charaka Samhita mentions a list of 60 foods that comprise a nutritious diet and promote holistic health.

There is ample literature on Ayurveda that teaches the importance of nutrition, healthy eating habits, and holistic health.

What Do Yogic Teachings Say About Healthy Food Habits?

When we say healthy eating habits, most of us visualize bowls of salads and fruits that make us lose weight. However, our eating habits determine our physical well-being and nourish our minds and spirit.

The ancient teachings of Yoga say that the body, mind, and spirit are connected in a very subtle yet robust manner. The principles and morals that govern Yoga are very distinct from what we see today. Modern-day Yoga practices are primarily restricted to Yoga studios or gyms, and we forget all about them the moment our sweaty Yoga workout is completed. However, in the olden times, Yoga formed an integral part of people’s everyday life. The ancient teachings of Yoga even governed people’s eating habits and diet.

Yoga Sutras by Maharishi Patanjali is one of the most well-known compilations on Yoga. The book explained the concept of Ashtanga Yoga which forms a crucial part of the Yoga Sutras. Ashtanga Yoga explains the various aspects of Yoga that influence your health, thinking, living, and well-being.

Ashtanga or the eight limbs of Yoga encourage non-violent and principled behavior governed by high ethics and morals. Ashtanga also discusses the importance of truthful behavior and self-control during day-to-day social interactions. The Yoga Sutras further explain the three types of diet, i.e., Satvik, Tamasik, and Rajasik, which are also found mentioned in several Ayurvedic texts. To follow the principles of Ashtanga Yoga, one is expected to follow Satvik Aahar and refrain from consuming meat, alcohol, tobacco, foods that have a strong taste and are challenging to digest.

A vital yet neglected aspect of the well-being of human life is spiritual development. Several texts and literature on Yoga mention the means to improve one’s spiritual health and attain a state of elevated well-being.

Spiritual development goes hand in hand with the purity of the mind, body, and soul. Yogic philosophy puts spiritual enlightenment on the highest pedestal and the path to unite with the cosmic energies of the universe. Yoga postures, meditation, Pranayama, and other practices are thought to be the means of achieving the ultimate goal of human life, i.e., liberating the soul from the chronic cycle of rebirth and death.

Yogis and scholars who lived in the bygone era followed a very disciplined diet which endowed them with more extraordinary powers to practice the various techniques of Yoga.

Their food intake was minimal yet fulfilling, nutritious yet straightforward, and most importantly, it nourished their health and lifestyle adequately. Many accomplished Yogis went days or even months without consuming food. And even when they ate, it was primarily simple food comprising vegetables and fruit. Their food habits enhanced their ability to attain a higher spiritual plane. Elevated spiritual well-being allowed the Yogis to detach from the material joys of life, which included food cravings. This proves the inter-dependence of food habits and ancient practices of Yoga.

Simple Eating Habits That Shaped The Lives Of People

It is not just the food you eat but how and when you eat that defines your eating habits. A healthy diet is beneficial only when you consume it in the right quantity, in the right manner, and at the right time. Our ancestors knew this well and followed proper discipline when it came to food consumption.

For the people who lived centuries ago, eating food was not just a matter of habit or health. Eating habits were a traditional affair that involved a lot of seemingly insignificant acts that played a vital role in maintaining good health.

Here are some of the common eating traditions that you may follow for better health. 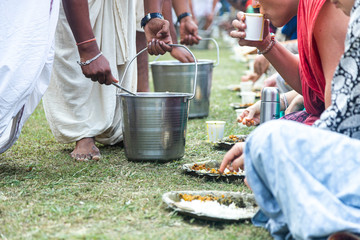 Inculcating such simple habits in your behavior goes a long way in improving your psychological, physical, and spiritual health.

The ancient teachings of Yoga appealed to the common folk to follow ideal food habits suitable for their overall health and living. Much of the Yogic and Ayurvedic literature encourages its readers to follow healthy eating habits that comprise simple and easily digestible food.

Many nutrition experts still consider these diet practices healthy and advise their patients to follow them. However, the ancient teachings have been distorted due to a long passage of time. As a result, there are many myths surrounding the practices of Yoga and the diet one must associate with it. It is time to bust these myths and get our facts straight.

Healthy food habits vary depending on a person’s lifestyle, socio-cultural standing, overall health, and other factors. Our ancestors thought everything through when they studied medicine, Yoga, and health. The ancient teachings that they have passed on to us are priceless and hold great value in today’s fast-paced modern lifestyle.

The old catchphrase ”You are what you eat” cannot be stressed adequately. Your eating habits influence your development as a person, so watch what you eat.

Happy and Healthy living to one and all!