You are here:
Healthy YogaYoga 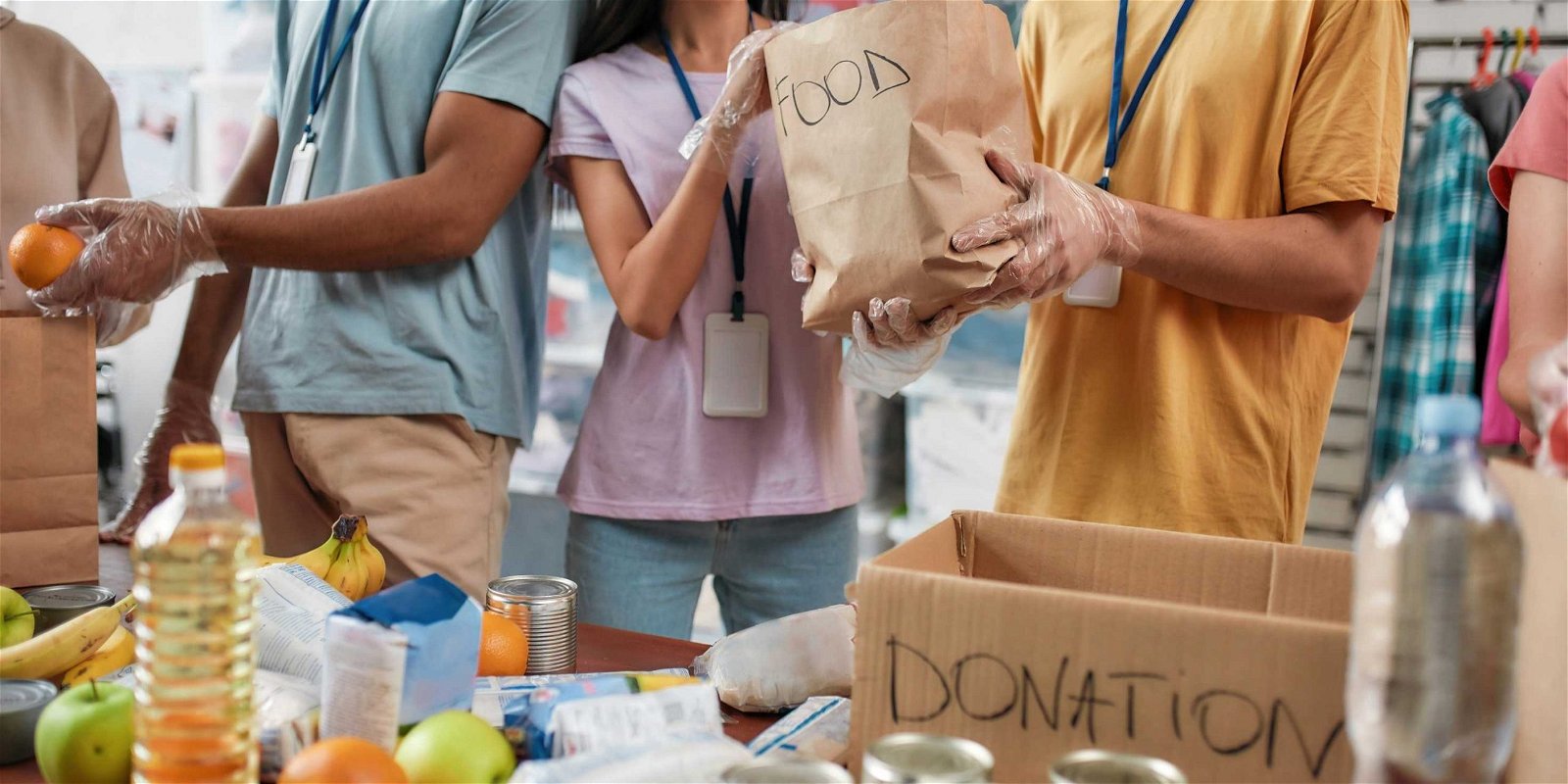 Says Lord Krishna in the 20th shloka of the 17th adhyaya in the Bhagavad Gita. This Sanskrit verse translates as:

Charity done for someone worthy because it is the right thing to do, without thinking about returns, at the right time and place is an act of goodness.

Charity or donation are noble acts because you give to others without getting any material gains in return. The noblest of all donations or charity are Anna Daan & Paani Daan.

What Are Anna Daan & Paani Daan?

The word Daanam is the Sanskrit term for donation or charity. Anna means ‘food,’ and Paani means ‘water.’ Annadaan is the act of donating food, and Paanidaan implies donating water. The practice of these donations exhibits a good-hearted nature and an elevated state of mind of the giver. Anna Daan & Paani Daan have been an essential part of several cultures, predominantly in East Asia.

Donations can be in any form. You could donate money, clothes, gold, or even other articles of daily utility. But Anna Daan & Paani daan are considered to be different and holy. Why is it so?

Every person’s life is a perfect blend of their physical body, mind, and soul. The mind and soul govern the body; however, the soul is at a higher spiritual level than the mind. Material things like money and gifts may lead to a want of more and more for any person. The unending need for more is because the mind always wants more than it can have. But give food and water to anyone, be it a needy person who is starving or a rich man who has all the possible global cuisines at his disposal, and the person will eat and drink only as much as the body allows. They may take the remaining food and water and keep it with themselves, but they will not consume it immediately.

The Concept Of Daanam In Hindu Religion

The Bhagavad Gita, the Vedas, the Puranas are sacred and highly revered scriptures in the Hindu religion. Adi Sankaracharya, a renowned and respected Hindu philosopher who lived in the 8th century A.D, also refers to daanam in one of his Sanskrit sthotrams. 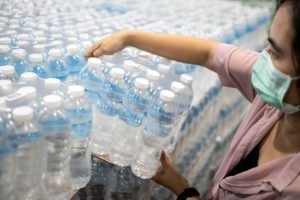 The translation of this Sthotram is as follows:

Annapurna Devi, Goddess of plenty, you are the eternal consort of Lord Shiva; give us alms together with wisdom.

Hindu devotees visit several religious places that serve Prasadam like sweet food, fruits, or other simple food. Prasadam is food offered to God in a temple or other places of worship. Prasadam is food blessed by the Almighty. It is distributed among all the devotees and visitors at the temple.

Prasadam may often be a form of annadaan (donating food /donating water), done by people who perform a religious ritual or any other reason. People often arrange to distribute Prasadam in temples to mark their birthdays or other special occasions. Prasadam is always offered free of cost to devotees or anybody who visits the place of worship. Many temples offer extra Prasadam to display that they are not only satisfying your belly but want to please your soul too.

Anna Daan (donating food /donating water) is also possible by sponsoring meals at home for the aged, hospitals, and orphanages, to name a few. Every form of selfless donation of water and food is an act of greatness and humanity.

The Concept Of Bhog 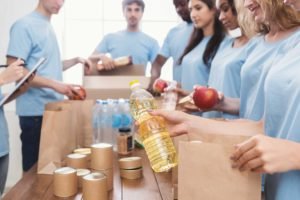 The word Bhog is synonymous with the concept of Prasadam. In the Hindu religion, Bhog is an offering of food given to the Gods. While Prasadam is usually a tiny portion of food, Bhog is generally large and can make a complete meal. The similarity between the two is that both are sacred foods offered to God. The one who consumes food prepared for Prasadam or Bhog is bestowed upon by the blessings of God.

People from affluent families often bear expenses for preparing food for Bhog. Some even participate in the actual preparation of food. Both these noble acts are a form of Annadaan (donating food /donating water).

Many Hindu religious places distribute the Bhog among the less privileged who cannot afford meals. Hindu temples built during the 15th century often had an attached dharma shala (a place where travelers or poor people could find free food and accommodation). Dharma sattra, satram, chhatra are some other words used for dharma shala. But the Hindus are not the only ones to perform Annadaan (donating food /donating water).

Daanam As Practised By Sikh Community

Natural calamities, human-made crises, and wars always lead to a shortage of drinking water and food supplies. The Sikh community is known to step in and offer as much help as possible during such trying times. They have opened the doors of their Gurudwara (place of worship for Sikhs) to everyone irrespective of caste and religion during times of crisis.

Langar is a community kitchen operated by members of the Sikh religion. This kitchen offers food and water to everyone irrespective of socio-economic status, caste, or religion. The meals are free of charge and typically served in huge community halls where everyone sits on the floor to eat. Practitioners of Sikhism also follow the concept of Bhog.

The Langar at the famous Golden Temple in Punjab is known to have one of India’s largest functioning community kitchens.

While the concept of Langars was prevalent in India before the fifteenth century, Guru Nanak (the highly revered founder of Sikhism) was responsible for preaching the importance of running Langars within his followers. Guru Nanak strove to preach and follow equality through the practice of setting up Langars. His successor Guru Angad worked towards establishing Langars in every Gurudwara. Guru Amar Das encouraged his followers to have a meal in the Langar before he addressed them. These great and revered Gurus embedded the concept of Langar into the Sikh culture.

Long before Sikhs embraced the institution of Langar, the Sufi Muslims were practicing it. The practice of Langar was more prominent among Muslims residing in India and Pakistan since before the 15th century. Offering food and water to the needy has always been a part of the Sufi culture. Like Sikh Langars, Sufi Langars serve everyone irrespective of their caste and religion. Muslim tradition involves reciting the word Bismillah while preparing food. This food is blessed, and the one to consume it will be the bearer of Barakat, which is the power that binds one to Allah spiritually.

Many dargahs (shrines of Sufi Muslims) serve food in their Langars. The food is stored in huge pots called a deg.

Jainism And The Act Of Daanam

Offering food and water in donations is a way to gain positive virtues and karma in Jainism. The ancient texts written about the Jain way of living use the terminology Ahar dana. Ahar is a Sanskrit word that means food. Therefore Ahar dana is synonymous with Annadaan (donating food /donating water).

Practise Of Daanam By Followers Of Buddhism 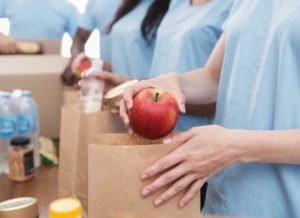 Selflessness is among the basic principles on which Buddhism bases itself. Selflessness is about going out of the way to do good for others without expecting anything in return. Annadaan (donating food /donating water) is one of the most selfless acts, and therefore it is a sacred act among followers of the Buddhist religion.

Buddhist monks are highly revered people who possess excellent spiritual and religious knowledge by studying the teachings of Lord Gautam Buddha. Since the establishment of Buddhism as a religion, monks have always led a modest life. Offering food to the monks as alms is a virtuous act. The monks and ordinary folk within the Buddhist community are tightly bound to one another. The common folk takes care of requirements like food and clothing for the monks, while the monks bless the folk by sharing spiritual knowledge and working towards the upliftment of the community.

Offering food in the form of alms to monks allows the giver to become spiritually connected with the monks.

The concept of soup kitchens is quite well known. They are community food centers where everyone is welcome irrespective of their caste and religion, to eat meals for free or nominal rates. Homeless persons, impoverished people who cannot afford two square meals a day, or anybody in dire need of food are always welcome here without discrimination.

Local communities or churches usually volunteer to run these soup kitchens. They take up all tasks right from getting raw material to cooking food to serving and cleaning. People who can afford to spare some money usually pay an amount of their choice as a form of charity to help the soup kitchens running. Soup kitchens do not essentially serve only soup but other food; therefore, they are also called food kitchens.

A famous quote from the Holy Bible goes like this-

“He who has two coats, let him share with him who has none, and he who has food let him do likewise.”

The Bible urges its readers to share food with the lesser unfortunate and make them feel wanted. That is the motto of soup kitchens as well. It teaches privileged people to come to a level where everyone is equal. It teaches people with lesser amenities that all hope is not lost and fills them with a sense of belongings. These kitchens also offer basic amenities like clothing and shelter besides hygienic and healthy food.

Local churches urge their patrons to donate to the food kitchens to keep them running. Sharing your belonging when you have enough, treating everyone with equality, and caring for the less fortunate are considered virtues among those who follow the Christian faith.

God created man, and man created religion. People divided and segregated themselves based on their faith. But all religions teach one thing in common; help those who are in need. Donation of water and food is thought to be exemplary behavior in almost every religion.

Offering food to the hungry becomes a source of happiness to the one who eats and feeds. When a young child is sad, give him an ice cream or cookies or his favorite meal; and see him smile. Such a payback has greater worth than all the wealth in the world.

Indians are firm believers that sharing food with someone and making them happy is a way of gaining good karma. Eating food satisfies your stomach, but truly relishing the food you eat is what pleases your soul, and also the soul of the one who has prepared or offered that food to you.

Sharing food is an act of nobility. You may not get monetary or material returns from it, but it is the form of charity that never goes unnoticed. Donating food will give you what nothing else will, which is the true satisfaction of the soul.