Ashtanga: The Eight Pillars Of Yoga

You are here:
AsceticismReligionsSantosh Yoga Institute 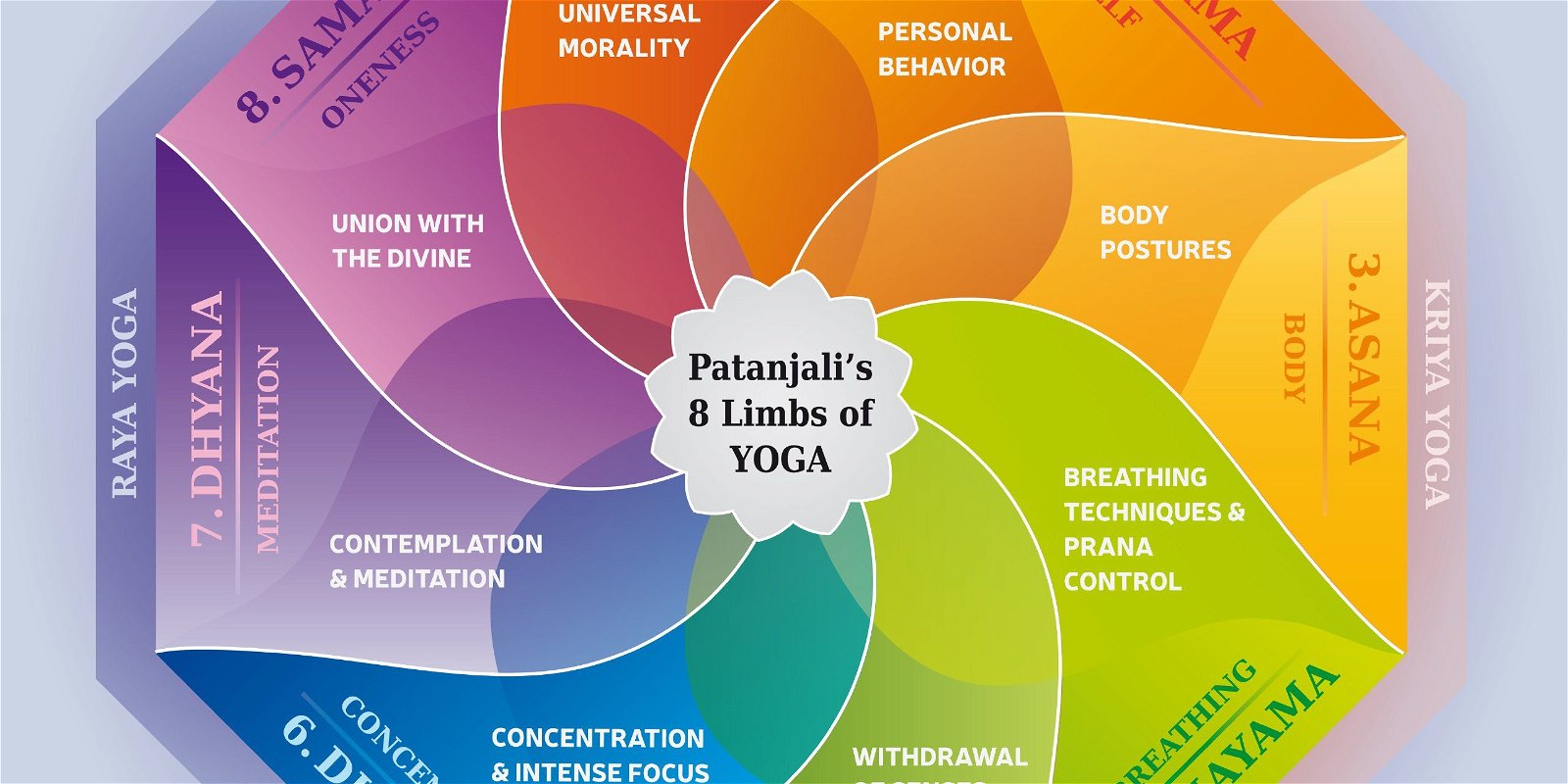 Ashtanga, meaning ‘eight limbs,’ is an ancient concept that Maharishi Patanjali laid out to explain the factors that constitute an essential part of Yoga. Yoga is one of the best holistic disciplines that have a profound positive effect on the overall health of human beings.

Yoga has garnered a lot of fame and has changed lives for the better.

Certain principles and ethics govern the practice of Yoga. Learned folks living in the bygone era explored the depths of Yoga to understand these principles. Let us know more about the Ashtanga, which is among the oldest and most important principles of Yoga. 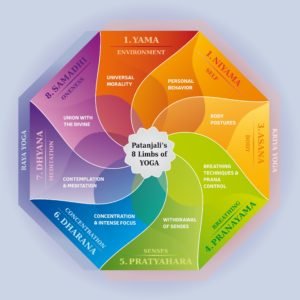 Maharishi Patanjali was a great Indian sage who is believed to have lived during the 4th of 5th C.E. He was one of the revered scholars who spent a lot of time studying and practicing Yoga. Maharishi Patanjali is credited with the compilation of the Yoga Sutras, which is the best practical guide on Yoga. (CLICK HERE to know more about the book)

The Yoga Sutras have garnered attention for their description and teachings of the Asthanga. The Asthanga includes eight distinct sections, each governing an area of focus of Yoga and describing its utility and rules. 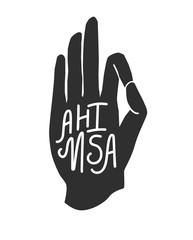 What Are The Teachings Of The Ashtanga

The modern-day practice of Yoga is severely restricted to physical exercises and breathing techniques. However, ancient scriptures on Yoga reveal it to be a holistic technique that affects a person’s entire life. The teachings of Yoga focus on attaining a state of balance between the mind, body, and spirit. Yoga encourages people to walk the path of spiritual progress and achieve detachment from the material world.

The concept of Ashtanga helped people to train their minds and body appropriately to embrace the teachings of Yoga. Maharishi Patanjali’s Ashtanga is listed below in a specific sequence from outside to within.

The first sequence in the eight of Patanjali’s Ashtanga is known as Yama, and it speaks of restrains. It is crucial to have a balanced state of mind and body while practicing Yoga. There are five Yamas to help you find this balance and practice Yoga in a better way.

The five Yamas give a direction to a person’s mental and spiritual energy. Following the Yamas helps a Yogi to achieve a balance between their spiritual ambitions and social duties.

The word Niyama roughly translates to ‘rules’ or ‘principles.’ The second limb of the Ashtanga is Niyama which spells out the ‘must haves’ of virtuous behavior. Niyama is again divided into five sections describing one virtue in detail.

The third part of the Ashtanga, i.e., Asana, discusses the various postures that comprise the physical exercises of Yoga. Among the different aspects of Yoga, physical postures are the most popular and most practiced worldwide. Sage Patanjali describes Asana as any posture that one can hold for a long time while relaxing without experiencing any physical or mental stress.

Sage Patanjali further elaborates that any seated posture that causes physical discomfort cannot be an ideal Yoga posture for meditation. According to the Yoga Sutras, appropriate spine alignment is critical in Yoga. Ancient Yoga scriptures focused equally on physical and mental health and the spiritual well-being of people through Yoga. However, the modern-day practices of Yoga are more inclined toward its various postures and their effects on the person’s physical health. 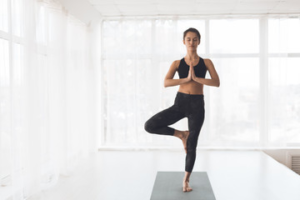 Those who practice Yoga regularly are familiar with the term Pranayama. It is a word commonly associated with breathing exercises that strengthen your lungs and are excellent against mental stress. The fourth segment of the Ashtanga teaches the techniques one must use while meditating.

Controlled and regulated breathing is key to focusing the mind while meditating. Maharishi Patanjali describes in the Yoga Sutras how the regular practice of Pranayama makes the path of spiritual enlightenment easy.

The combination word Pratyahara is the fifth limb of Yoga and implies detachment from the external influences that threaten to disturb a person’s peaceful state of existence. Detachment does not mean indifference or apathy to those our loved ones or those around us. Pratyahara helps a person to stay away from any negative influence that they might react to and, in turn, deviate from their spiritual path.

Dharana is ranked as the sixth limb of Yoga and discusses the ability of the mind to focus on one point without any distractions. Dharana could be about fixing the mind on a single arbitrary point, a person, a spiritual chant, the Almighty, or any other subject cultivating a positive aura. The rules of Dharana govern the art of meditation. By following the rules of Dharana, one can strengthen their power of concentration without letting it deviate to other lesser essential issues.

The word Dhyana loosely means paying attention to something or someone. In the world of Yoga, Dhyana is the seventh part of the Ashtanga and means reflecting upon one’s ability to follow the rules of the sixth limb of the Ashtanga, i.e., Dharana. During Dharana, one is expected to focus their mind on a particular object or thought; and during Dhyana, one must contemplate the thing of their focus. A dedicated Yogi can experience an uninterrupted flow of thoughts pertaining strictly to the essential aspects of their object of focus during the practice of Dhyana. Yogis train their minds to segregate the critical reflections from the unimportant ones with great ease as they practice Dhyana.

Samadhi is the final and eighth limb of the Ashtanga. The word Samadhi signifies a union that takes a Yogi into a trance-like state as they become one with the cosmic universe. When people attain a state of Samadhi, they undergo a sub-conscious detachment from the material world and its temporary bonds. The soul is liberated from the physical body and seeks a higher spiritual plane. Samadhi does not imply death, for Hindu philosophy firmly believes that the soul is indestructible and merely changes its bodily form.

The Importance Of Ashtanga

Philosophies and teachings of several religions believe that human life comprises three aspects, i.e., its mind, its body, and its soul. The soul is immortal and indestructible, while the human body is a perishable aspect of their lives. Death will befall only the body, and the soul will continue to live on through other physical forms. Every soul has to continue with its journey of birth and death till it attains a state of salvation. 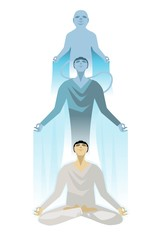 Scriptures and books on Yoga adhere to this philosophy and believe that salvation is the ultimate aim of human life. Once a soul attains salvation, it unites with the Almighty and is liberated from the cycle of birth and death.

To train the soul to reach such an enlightened state of being, one must have an equally robust mind and body. And what better way than Yoga to strengthen one’s mind and body? The Ashtanga teachings help a Yogi master every technique of Yoga. A combination of meditation, yoga postures, breathing techniques, and honorable behavior contributes to the soul’s elevation to greater heights. The Ashtanga help a person understand the path they will need to walk to achieve every human’s ultimate goal: attaining salvation or Moksha.

The beginning of this blog states that the word Asthanga means ‘eight limbs.’ The term has varied meanings in the world of Yoga. There is a school of Yoga known as Ashtanga Yoga that revered Yoga guru K.Pattabhi Jois popularized. In a class of Ashtanga Yoga, you will perform the same series of exercise movements one after the other in a strict order every time. Ashtanga Yoga gives a lot of importance to breath control, meditation, posture, and body flexibility during every class.

Ashtanga Namaskar is a Yoga posture that one will perform while practicing the Surya Namaskar (CLICK HERE to check our blog on Surya Namaskar). It derives its name because eight parts of limbs of the body (known as Ashtanga) are touching the ground while performing the posture.

Readers are advised not to confuse the Ashtanga Maharishi Patanjali laid out with either Ashtanga Yoga or Ashtanga Namaskar. All three are entirely different but fundamental concepts of Yoga.

Maharishi Patanjali delved deep into the study of Yoga before developing the concept of the Asthanga. His book Yoga Sutras is the best source of information to know more about Ashtanga. This article tries to summarize the idea in the best way possible.