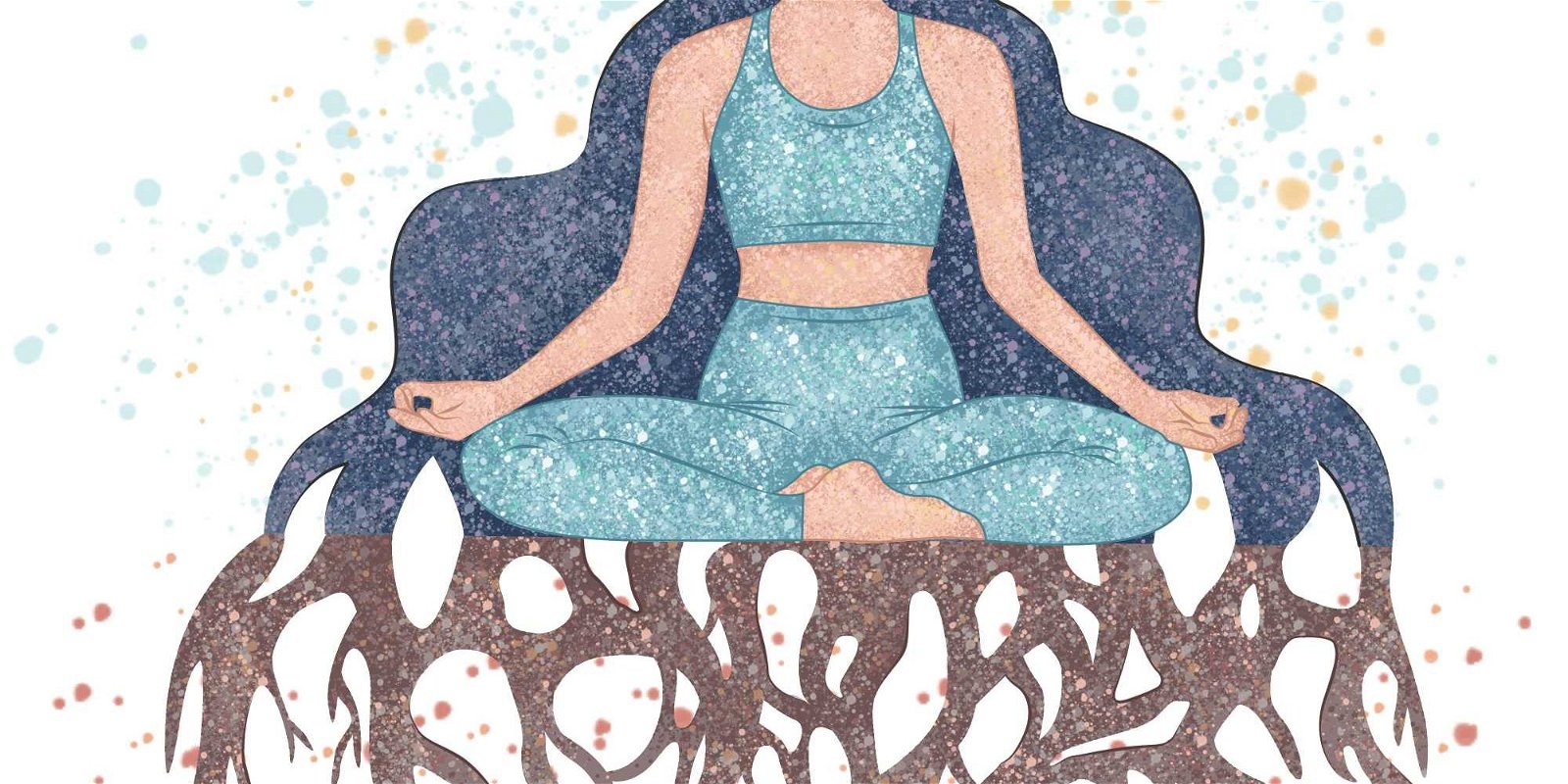 Yoga is a holistic discipline that teaches the subtle techniques of striking a balance between physical wellbeing and emotional health. The science of Yoga has been an integral part of Indian culture since time immemorial.

Over the years, people have molded and transformed Yoga to suit their needs and requirements, but its principles and results remain unchanged. Yoga has amassed global recognition as one of the most effective forms of full-body rejuvenation. The journey of Yoga from its inception to now has been eventful. Let us now learn more about the initial years of Yoga.

The Concept Of Yoga

The origin of Yoga dates back to as early as 5000 years ago (as of 2021). While Yoga may be enjoying an astounding amount of fandom worldwide as an ideal way of toning one’s physique, the principles of Yoga run deeper than weight loss and a fitness

Scholars and practitioners of Yoga find its principles intertwined with the foundation of several Hindu practices and beliefs. Sages, teachers, and wise men developed Yoga as a medium of one’s spiritual upliftment.

The Sanskrit language Yuj which means ‘to bring closer,’ is the root of the word ‘Yoga.’ True to the meaning, the principles of Yoga aim to establish a union of the immortal mind with the perishable body. Hindu beliefs propagate the concept of reincarnation of the soul. It means that even after death, while the body succumbs to material wear and tear, the soul remains untouched and continues to live. The soul is reborn, albeit as another person, another body, and another identity. Hindu scriptures urge people to practice a life that would improve and elevate their spiritual wellbeing. The scriptures define the ultimate aim of every living being to free their soul from the cycle of reincarnation and death and attain Moksha (salvation). Yoga is the guiding force to light the path for those who choose to embark on the journey of cleansing their spiritual selves.

The ancient texts on Yoga include details of various Yoga asanas and their benefits. The books also shed light on the importance of an ideal diet, disciplined lifestyle, hygiene, and positive thinking in attaining an elevated state of mind.

Yoga In The Ancient Days

Once upon a time, Yoga was an integral part of people’s lives. There was a certain cultural and traditional pride attached to the practice of Yoga. Hindu scholars believe Lord Shiva to be the Adiyogi (First practitioner of Yoga). As legend has it, Lord Shiva, in his form as Adiyogi, instructed the Saptarishi (Seven great Hindu sages) on the art and science of Yoga, its core philosophy, and its benefits. The sages then traveled all over the world to spread the words of wisdom that Adiyogi taught them.

It is rather unfortunate that centuries had to pass after the mission of the Saptarishi for Yoga to enjoy global fame. Today the world recognizes Yoga as one of the most effective methods of attaining holistic wellbeing. For people who lived ages ago, Yoga was not something to perform in an air-conditioned studio, but it was a way of living.

The practice of Yoga in ancient times comprised a dedicated routine of Asana (physical postures), Pranayama (breathing techniques), Dhyana (meditation), Niyama (positive acts and ethical living), Dharana (firmness of mind), Pratyahara (withdrawal of senses), Yama (abstinence) and finally Samadhi (absorption of self to become one with the universe). These are known as Asthanga or the eight limbs of Yoga. Other than the physical postures and asanas, the other aspects of Yoga are not bound by time duration. They are behavioral traits and habits that promote better and healthier living.

Modern literature and teachings have failed to capture the complete and accurate essence of Yoga. The asanas and pranayama, while important, are the means to strengthen the Yogi’s physique and mind as the Yogi works towards attaining the ultimate goal of life, of reaching a union of the state of the mind, body, and soul. Yogis, Sadhus (sages), and Sanyasis (men who gave up their family life and luxuries) often resorted to Yoga to reach an elevated level of mental and spiritual wellbeing where they could detach themselves from worldly factors and wants.

The practice of Yoga in ancient times differed considerably from the modern-day Yoga routine that people are following. In the earlier times, people rose at the crack of dawn and completed their baths before sunrise. People spent a good amount of time practicing Dhyana, Pranayama, and Dharana. They followed all the rules and traditions associated with Yoga. Certain asanas had to be practiced at a specific time of the day while chanting particular mantras.

Example: Traditionally, people practiced the Surya Namaskar early in the morning as the sun rose. It was a sign of respect to the Sun God. People also chanted the various names of the Sun God as a way of appeasing Him.

Yoga has a subtle yet long-lasting effect on the physique, mind, and soul of those who practice a disciplined Yogic lifestyle.

Scholars and historians alike have unearthed a vast amount of literature dedicated exclusively to the ideal practice and principles of Yoga.

The origin of Yoga has been traced back to as early as 5000 years ago. But some scholars firmly believe that Yoga has been around for more than 10000 years (As of 2021). Yoga was quite popular as a discipline of life in the Indus valley civilization. Many ancient scriptures mention the importance of Yoga to attain enlightenment.

The four Vedas are among the most sacred texts that have laid the foundation of the principles of Hinduism. The Rigveda, the oldest of the Vedas, mentions Yoga as the pathway to spiritual cleansing. The Rigveda is full of hymns that, when recited with proper intonation, can invoke the powers of the universe within a person, allowing them to connect with a higher spiritual power. This is the very principle of Yoga; oneness with the cosmic universe! Hindu scholars, sages, and Yogis looked up to the Vedas as a source of all knowledge. The Vedas promoted the importance of meditation and also gave precise instructions on the art of meditation. The great sage Vyasa, also known as Veda Vyasa, is credited with the compilation and arrangement of mantras (hymns) in the four Vedas.

The Bhagawad Gita is a Sanskrit language compilation of verses that is a guide to living a life removed from any tensions. The verses are conversations between Lord Krishna, an Indian God, and Arjuna, a warrior prince. Arjuna was faced with the dilemma of standing on the battlefield against his cousins. Lord Krishna mentions the importance of Yoga and how it brings calm and peace to those who practice it. Lord Krishna proceeds to tutor Arjuna about the forms of Yoga that the sages practiced and their utility in handling the pressures of the battle.

Readers of the Bhagawad Gita find themselves delving deeper and deeper into a completely different world that portrays a previously unseen and unknown face of Yoga. The sacred book introduces readers to three primary divisions of Yoga Jnana Yoga, Bhakti Yoga, and Karma Yoga. The knowledge of these three divisions of Yoga gives the knowledge of the actions that will lead to utter devotion and union with the Supreme Universe.

Yogasutra is a compilation of the practical application as well as theoretical knowledge of Yoga. Maharishi Patanjali, who was a renowned sage and a disciplined Yogi, studied every tiny detail of the science of Yoga. Historians have traced the origin of the Yogasutra to be around the 2 B.C era.

One hundred and ninety-six distinct aphorisms of the book preach the techniques of performing meditation, yoga asanas, and developing superior mental strength. The Yogasutras describe each of the Ashtanga (eight limbs of Yoga) in detail, along with its importance. Maharishi Patanjali also advises overcoming the obstacles one faces while on the journey to achieve spiritual enlightenment.

Other books like Yoga Vasishtha, Shiva Samhita, Mahapurana, and Swar Yoga are among the most revered literature on Yoga.

Over the years, several Yoga gurus mastered the asanas and other aspects of Yoga; and eventually came up with their variations of this ancient form of holistic discipline and wellbeing. Hatha yoga is the Yoga that people commonly practice nowadays. It lays more focus on physical asanas and their importance in getting stability during meditation. Another famous school of Yoga is the Ashtanga Yoga that follows the teachings of sage Patanjali. Other than these schools, there is the Iyengar Yoga which is widely popular in India. The instructions of these Yoga schools may differ from one another, but they are rooted in the basic philosophy and principles of Yoga.

The Government of India has established a ministry of AYUSH dedicated to promoting the benefits of some branches of alternative medicine; Yoga is one of them. Governments of Australia, the U.K, Switzerland, Brazil, Canada, France, Japan, and some other countries have opened their doors to establish centers of The Yoga Institute (TYI). TYI is the world’s oldest Yoga center that began its operations in 1918 in the Indian city of Mumbai.

The U.N has declared 21st June to be International Yoga Day since the year 2015. The U.N decided to commemorate Yoga after the U.N General Assembly held on 27th September 2014.

All through the history of the development of Yoga, the close bond between this form of holistic living and the fundamentals of Hindu religion is evident. A myth has developed among the masses that Yoga and Hinduism are the same. However, this idea could not be further away from the truth.

None of the texts on Yoga mention that only followers of Hinduism may practice Yoga. Yoga is all-inclusive and unbiased on the grounds of race, creed, or religion. Anyone willing to follow the rules and discipline that comes with the practice of Yoga is welcome to embrace this holistic and healthy style of living.

Today Yoga enjoys much deserved global fame and recognition. People from several walks of life have embraced Yoga as a form of discipline to lead a peaceful life. Yoga has been influential in managing the stress that comes with the modern and fast-paced life that most people lead today. The age-old traditions and rules of Yoga are helping people to unwind and experience a superior quality of spiritual wellbeing.

Why Meditation is a Great Complement to Other Activities
January 9, 2023